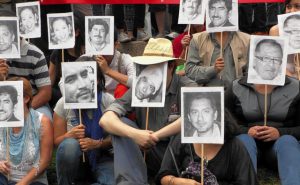 Mexico is not a war zone, and yet it is one of the most dangerous places in the world for reporters. At least five journalists have been killed in 2019 alone. The Mexican government has repeatedly promised to protect journalists and freedom of speech. But the shootings and beatings continue. This is not just a Mexican problem. Journalists are being killed all over the world. What can be done to stop the targeting of journalists? What does this mean for freedom of the press and democracy? What can we do?

This event is part of the Aronson Awards for Social Justice Journalism and The Jaime Lucero Mexican Studies Institute and is co-sponsored by the Committee to Protect Journalists, Reporters Without Borders, the Craig Newmark Graduate School of Journalism Bilingual Spanish-language and NACLA – Report on the Americas.