The Legacy of Grambs Aronson 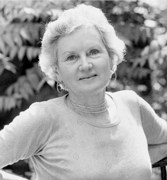 Cartooning with a Conscience:

The annual Grambs Aronson Award for Cartooning with a Conscience honors satiric graphic art that shows distinction in some combination of the following features:

The contest is open to editorial cartooning and graphic topical satire, including animations, that has appeared in print or digital media during the year preceding the contest. Entrants should submit a portfolio of their best work, maximum 10 pieces. See the entry form for contest fees, payment arrangements, and submission instructions.

The James Aronson Award for Social Justice Journalism moved to recognize editorial cartooning in 1998 at the suggestion of Grambs Aronson, James Aronson’s widow, one of the founders of the Aronson print journalism award, and long its guiding spirit.

In prompting the committee to recognize outstanding work in this rich form of social commentary, Grambs Aronson was drawing from two strands in her own career in art – socially conscious illustration (during the depression, she was the youngest artist hired by the federal Works Project Administration to illuminate social problems in monthly lithographs and etchings) and sensitive, finely wrought prints of subjects from nature.

In the wake of Grambs’s death on March 12, 2010 at the age of 94, the awards committee renamed the prize “The Grambs Aronson Award for Cartooning with a Conscience” and resolved to expand the reach of the award by calling publicly for entries.

The award is presented each Spring at Hunter College of the City University of New York.